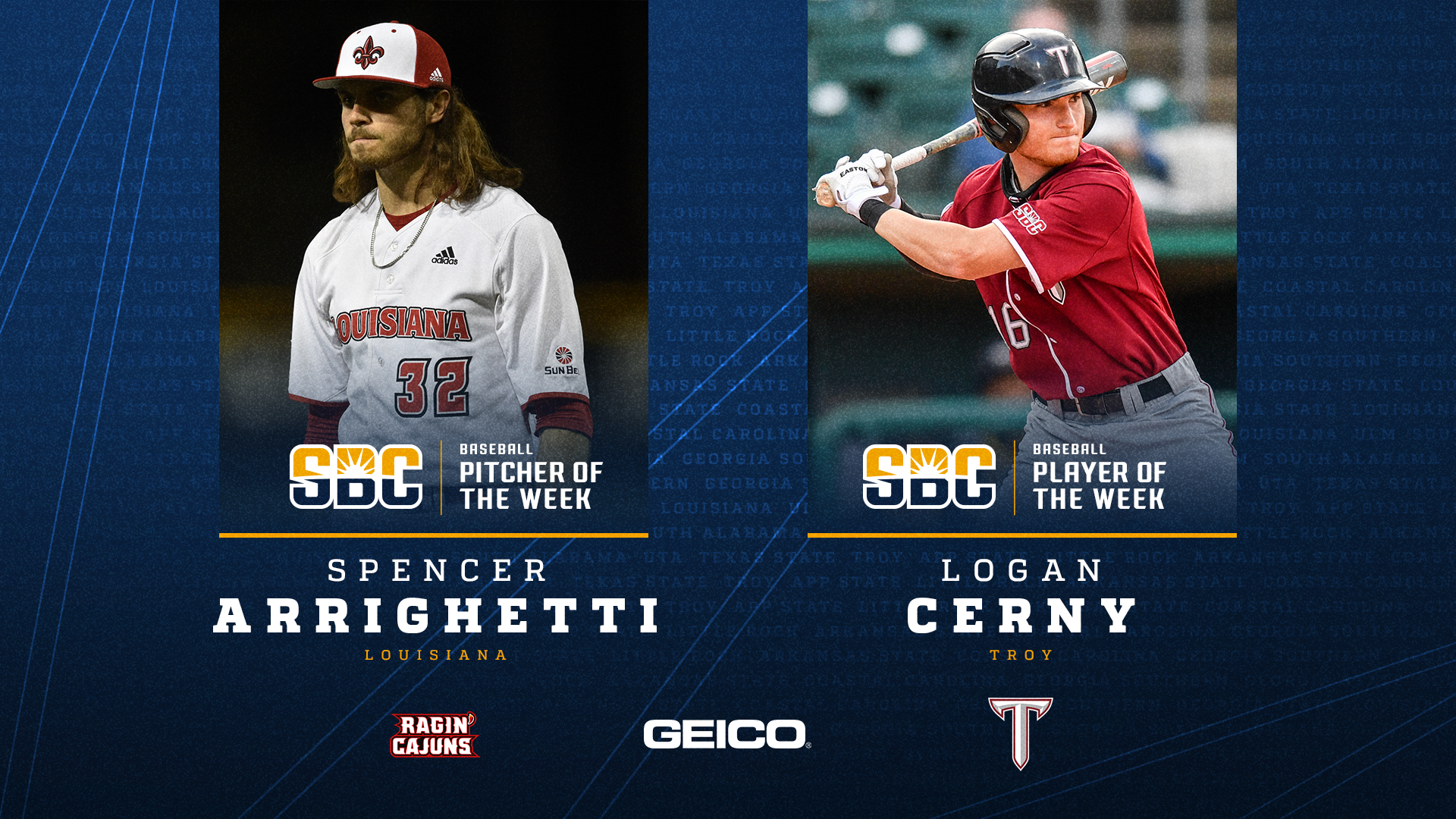 Baseball Pitcher of the Week

Louisiana sophomore right-handed pitcher Spencer Arrighetti tossed 7.1 innings of one-run baseball in Friday’s Sun Belt opener against Coastal Carolina. In the process, the Katy, Texas, native struck out a season-high 11 batters and improved his record to 4-1 on the year. Arrighetti’s lone run crossed the plate in the 8thinning—after he exited with runners on first and second—following his 129th pitch of the game. Following Arrighetti’s dominant outing, Louisiana earned a 3-1 series victory over Coastal Carolina this weekend.

Baseball Player of the Week

Troy sophomore outfielder Logan Cerny earned his second-straight Player of the Week nod after hitting .467 (7-for-15) and slugging 1.200 on the weekend. The Lawrenceville, Ga., native tallied five extra-base hits, with two doubles and three home runs in the 3-1 week for the Trojans. Cerny moved into third place nationally with 10 home runs on the season, while scoring eight times and posting seven RBIs on the week.