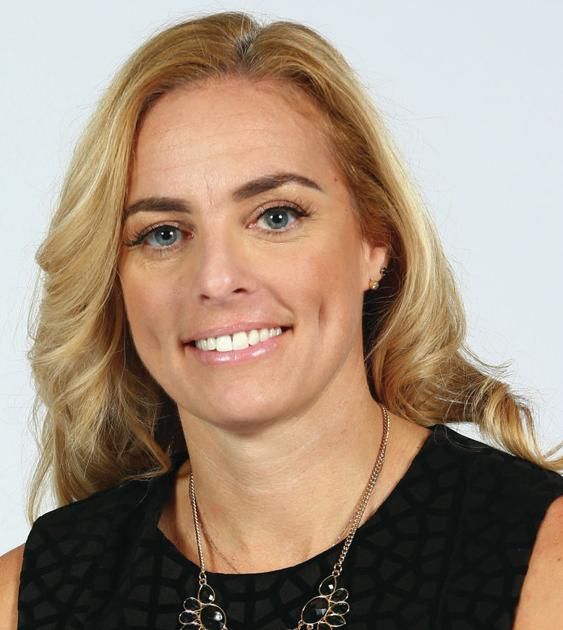 “Today is an exciting day for Baylor University and our women’s basketball program. Nicki is a passionate leader of young women and an elite basketball mind and teacher of the game,” said Rhoades. “She is a great mission fit who shares in our vision of Preparing Champions for Life by commanding excellence both on and off the court. Nicki’s professional experience will be invaluable to developing players for the next level. Her addition sustains our commitment to the women’s basketball program at the highest level. We welcome Nicki, her husband Tom and children, Connor, Reese and Logan, to the Baylor family.”

Collen comes to Baylor from the WNBA’s Atlanta franchise, where she spent the last three seasons at the helm for the Dream. Her rookie season in Atlanta resulted in a 23-11 season in 2018, where she earned WNBA Coach of the Year honors and helped the franchise to the WNBA Playoff Semifinals.

Prior to her arrival in Atlanta, she spent two seasons under head coach Curt Miller of the Connecticut Sun, helping the franchise improve from fifth in the East Division to second from 2016 to 2017, respectively.

“I am thrilled to be the head coach at Baylor University. I believe it is the top job in the country for women’s basketball,” said Collen. “I am excited to begin working with this extremely talented team and I am grateful for the unwavering support of President Livingstone and Mack Rhoades. The success of this program speaks for itself, and I will begin working today to ensure Baylor women’s basketball continues to be a program that excels at the highest levels.”

Her teams’ combined record in nine seasons as an NCAA Division I assistant was 214-74, good for a .743 win percentage. As an assistant, Collen guided four different squads to the NCAA Tournament, reaching the second round in three of those seasons.

She spent six of her nine seasons as an assistant under her husband, Tom Collen’s head-coaching tenures at Colorado State, Louisville and Arkansas. She also discipled under Tracy Roller at Ball State and Karl Smesko at Florida Gulf Coast, who has the third-highest active winning percentage in NCAA Division I. Collen helped the FGCU program to a 64-9 record and the school’s first NCAA Tournament win in her two-year tenure.

In her nine seasons at the collegiate level, Collen coached three All-Americans and saw three players selected in the WNBA Draft.

“We are excited to have Nicki lead our women’s basketball program, and we look forward to welcoming her into the Baylor Family,” said Baylor President Linda A. Livingstone, Ph.D. “I appreciate the work of Mack Rhoades and his team in identifying our next coach who understands our commitment to an elite program, aligns with Baylor’s Christian mission and appreciates how we prepare champions for life at our University. After visiting personally with Coach Collen, I can’t wait to see her and our student-athletes as they represent our great University both on the court and inside the classroom as well as throughout the Waco community.”

Collen’s collegiate playing career began at Purdue in 1993-94, when the Boilermakers made an NCAA Final Four run with a 29-5 overall record and a 16-2 mark in the Big Ten. Her sophomore season, Purdue made another deep run with an Elite Eight appearance to go with a 24-8 overall record. She transferred to Marquette, where she tallied 421 assists in her final two seasons, averaging 7.0 per game in her last 60 collegiate games. She helped the Golden Eagles to two-straight NCAA Tournament appearances in 1997 and 1998.

Nicki and her husband Tom have three children, Connor, Reese and Logan.