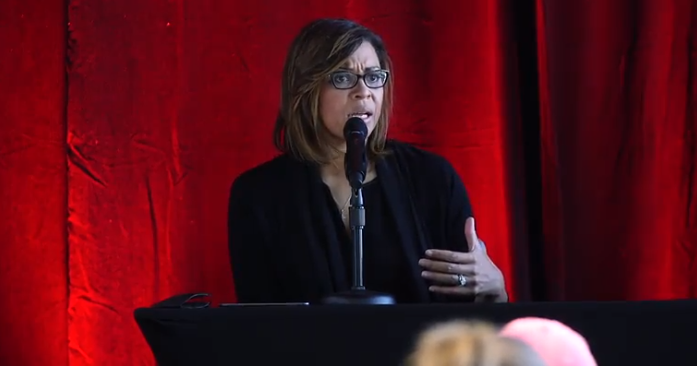 “This was a very important step for the organization,” said Davis, “to find somebody who could help bring us into the future. Nikki definitely checked all the boxes.”

Fargas most recently served as the head coach of the LSU Women’s Basketball team, stepping down earlier this week after compiling a record of 176-128 with five 20-win seasons and six NCAA Tournament appearances.

“When I made the decision to come here it was because I have a huge passion for the sport,” explained Fargas, “but more importantly I have a passion for our ability to be more than just a game. The impact that our players have had not just in the basketball community but society as a whole—I want to be a part of that.

“We are going to do everything in our power to make our front office the best in the business, and provide our players with all the tools they need to bring a championship to Las Vegas.”

In addition to her success on the court, Fargas has been a champion in the Baton Rouge community, helping the Tigers connect with the city while donating their time and efforts to making a difference. She and her Tigers were heavily involved in assisting residents and local church communities following the devastating flood in August 2016 that impacted thousands of people in the area. In recent years, the team has partnered with several entities, including the Gardere School and Mary Bird Perkins Cancer Center at Our Lady of the Lake Hospital.

In 2010, Fargas joined the Board of Directors for the Kay Yow Cancer Fund and is currently serving on the Executive Committee as the Vice Chair. LSU women’s basketball was joined by the men’s basketball team and gymnastics team during the 2019-20 season in its efforts to promote awareness and raise funds for resources to assist those in underserved regions gain access to care as they battle cancer through the Play4Kay initiative.

Over the summer of 2020, Fargas became a founding member of Advancement of Blacks in Sports (ABIS) and serves on its Executive Committee. She was also a member of the LSU Athletics Leadership Council on Diversity and Inclusion, and served as an advisor for LSU’s Black Student-Athlete Association (BSAA).

The Oak Ridge, Tennessee native got her start in coaching in 1998 as an assistant with her alma mater, the Tennessee Lady Vols. She worked alongside the legendary Pat Summitt as a graduate assistant that year, before joining Debbie Ryan’s staff at Virginia as a full-time assistant.

Summitt brought her back to Knoxville in 2002, where Fargas was a part of two NCAA Championship Teams in 2007 and 2008.

Fargas was known as a tenacious defender and a tremendous three-point threat during her playing career as she helped the Lady Vols to a 118-13 record while winning the 1991 NCAA Championship.

Off the court, Fargas is a passionate crusader for breast cancer awareness. She and former Tennessee colleague Holly Warlick founded the non-profit organization, Champions for a Cause. Since 2007, they have raised over $300,000 through Cruisin’ for a Cause, a long-haul motorcycle adventure to raise dollars and awareness for a cure for breast cancer.

In the spring of 2011, Fargas’ journey navigated through the Midwest and ended in California. The 2012 ride began with a fundraiser in Baton Rouge and continued to New Orleans where both Fargas and Warlick visited patients at a hospital. Fargas and Warlick chronicle their cross-country rides on their website, www.cruisinforacause.com.